In: The Import/Export Application
Refers to version: 3.0

The comma-separated values (or CSV; also known as a comma-separated list or comma-separated variables) file format is a file type that stores tabular data (numbers and text) in plain text. The format dates back to the early days of business computing. For this reason, CSV files are common on all computer platforms.

As your Joomla and SobiPro database collation and encoding is UTF-8 based, make sure to save the CSV file as UTF-8 without BOM!
Otherwise special character are not shown correctly.

Each line of the file is a data record. Each record consists of one or more fields, separated by commas. The use of the comma as a field separator is the source of the name for this file format.

CSV is one implementation of a delimited text file, which uses a comma to separate values (where many implementations of CSV import/export tools allow an alternate separator to be used). However CSV differs from other delimiter separated file formats in using a " (double quote) character around fields that contain reserved characters (such as commas or newlines). Most other delimiter formats either use an escape character such as a backslash, or have no support for reserved characters.

The CSV file format is very simple and supported by almost all spreadsheets and database management systems. Many programming languages have libraries available that support CSV files. Even modern software applications support CSV imports and/or exports because the format is so widely recognized. In fact, many applications allow .csv-named files to use any delimiter character.

The SobiPro data can be imported and exported as CSV by using the Import/Export Application.

From Wikipedia, the free encyclopedia 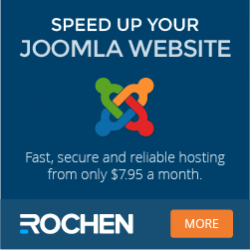