The first BETA version of SobiPro 2.0 is here to test!

Please note that this release should not be used on production sites! 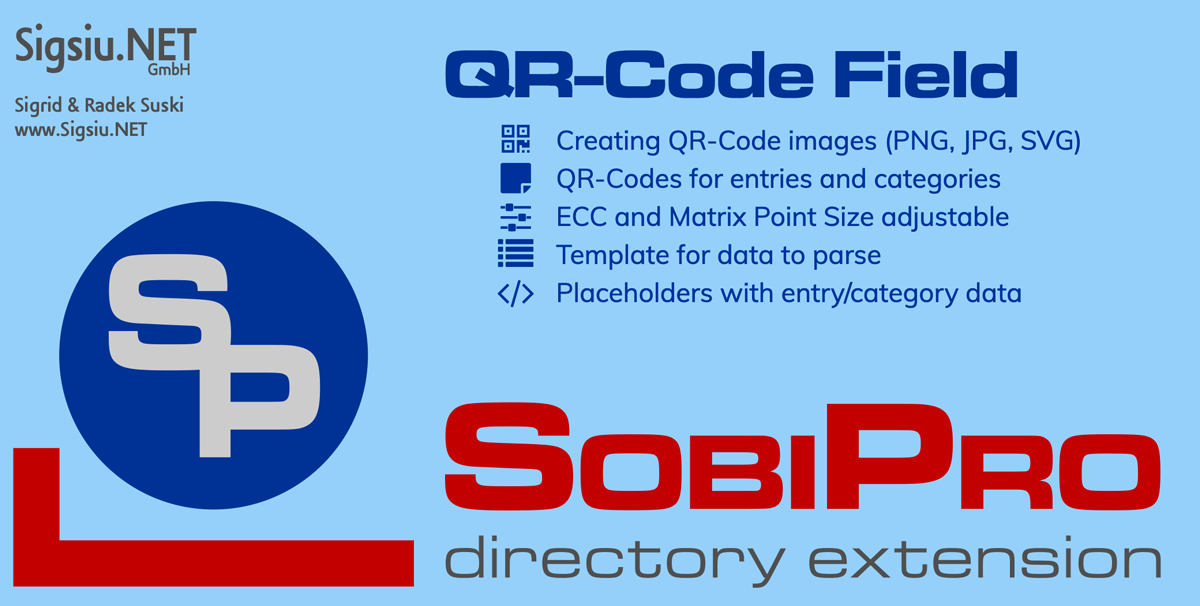 The QR-Code Field adds an additional field type to your SobiPro component.
With the QR-Code Field a scan-able QR code image can be created for an entry (or a category). Setup is easy to do, and allows to add the URL to an entry (or category), any text input field or other entry related data, also combined with static text. 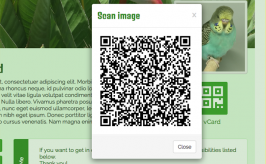 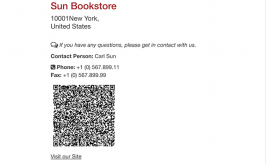 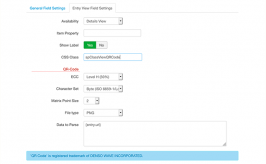 Demo of the QR-Code Field

SInstallation of QR-Code Field via Repository 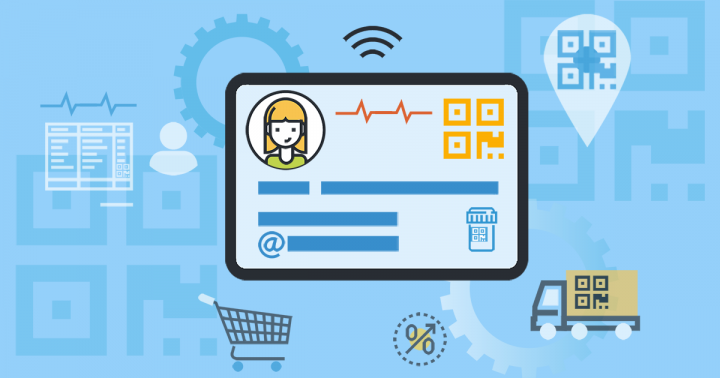 All versions from repository: 5587

(+) Field can be used as category field
(!) Adaption to SobiPro 1.4+ back-end layout
(!) Field set to not im-/exportable
(!) Suffix removed as it does not make sense here
(!) New QR-Code generation library from bozhinov/PHP-QRCode-fork (PHP7 only!)
(!) QR-Code image alt attribute is name instead of nid
(!) If no image data available image will be created on the fly if in details view
(#) PHP 7.2 incompatibility warnings
(#) Leftovers removed in entry form
(#) Arabic language file has correct name now 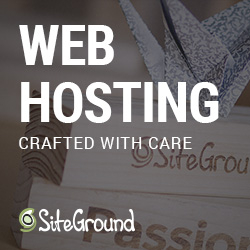